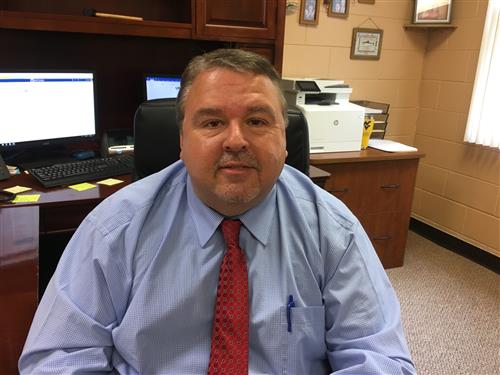 Mr. Donald E. Spence began his term as Superintendent of Mingo County Schools August 6, 2016. Mr. Spence has been an educator and an athletic coach in Mingo County Schools since 1985 and has served as a teacher of Science at the former Lenore High and Middle Schools, Assistant Principal, and later, Principal of Lenore Middle School. Principal Spence oversaw the transition into the 2003 constructed Lenore K-8. Among Mr. Spence's most noteable accomplishments was the designation of Dingess Elementary as a "West Virginia School of Excellence" during his ten-year term as Principal of that school. Mr. Spence was also named the RESA II Principal of the Year in 2013. As Superintendent, Don Spence has led the district in a time of rising student achievement and expanding technology integration. He has also served in collaborative leadership with other District Superintendent's in the region, as one of the founding Superintendents of the Mountain State Educational Services Cooperative, the one of the first such entities to replace the former RESAs.